Whether you can’t stand running or you’re an endorphin addict, it’s hard to deny that the sport is picking up speed. Like cycling, running offers a pandemic-safe alternative to crowded gyms, as well as an opportunity to break the monotony of work-from-home life by getting outside. With more and more people recognizing the activity’s health benefits—not to mention the appeal of a runner’s high—brands that specialize in running shoes have been cashing in on the sport’s momentum via savvy influencer marketing. Let’s take a look at three running brands that are rapidly growing their social media coverage, and the influencers, trends, and strategies propelling them forward.

Hoka ONE ONE Races Ahead With #TimeToFly Campaign 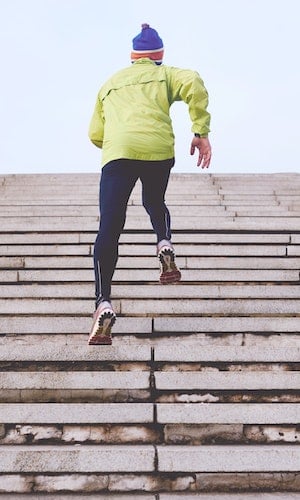 Known for its sneakers’ sleek silhouettes and cushioned soles, Hoka ONE ONE speaks to serious runners who care about comfort. After existing as a relatively niche name, the French brand exploded on social media this year, with its $11.2M Earned Media Value (EMV) total from January to July marking an 110% year-over-year surge. This leap stemmed from an impressive expansion of the running brand’s influencer community, which effectively doubled in size YoY to 1.3k content creators.

On Running’s 2021 influencer marketing strategy has centered around activating professional athletes, like Olympic track runner Joe Klecker (@joe_klecker on Instagram), to promote its sneakers’ signature CloudTecⓇ technology in posts tagged #RunOnClouds. From January to July, Klecker mentioned On Running in 39 pieces of content highlighting training sessions and races, 25 of which included the hashtag. In all, Klecker ranked among the brand’s top 10 year-to-date earners with $156.4k EMV, while #RunOnClouds collected $291.7k via 34 influencers.

Apart from this coordinated campaign, On Running won ample organic shout-outs from fitness bloggers: for example, personal trainer Don Saladino (@donsaladino) sported the brand’s sneakers in an impressive 101 posts showcasing workout routines and challenges, generating $463.5k EMV—more than any other advocate in 2021.

The trendy, sustainable footwear brand—which recently filed for an IPO—enjoyed impactful online conversation during the first seven months of 2021, with its $5.7M EMV marking a 56% year-over-year growth, momentum fueled largely by a 52% increase in influencer potency ($7.1k per content creator). In May, the brand made waves by teaming up with athletic apparel giant Adidas (@adidas on Instagram) on the Futurecraft.Footprint, a running shoe created with minimal carbon emissions. The eco-conscious collaboration saw impactful promotion from Adidas’ owned channels, as well as from Adidas partners such as Gen Z actor Finn Wolfhard (@finnwolfhardofficial), with the associated #ImpossibleIsNothing driving $586.1k EMV as Allbirds’ No. 1 hashtag.

While much top-performing content about the brand surrounded this buzzy release, Allbirds also saw a steady stream of activity from prominent lifestyle influencers like Chris Lin and Brock Williams (@yummertime). From January to July, the blogging duo touted various Allbirds shoes in 14 fitness and fashion posts worth $200.1k EMV, a portion of which included affiliate links.

As the summer heat lets up, enthusiasm for running is poised to reach new heights this fall. Look for content creators to continue championing the running brands that help them hit their personal bests—and for these brands to return the favor.

Want to learn more about how leading brands are using innovative marketing strategies to edge out the competition? Register for our Earned Summit 3.0, a free, one-day virtual conference featuring live talks and panel discussions from executives at best-in-class beauty, fashion, fitness, and health brands.